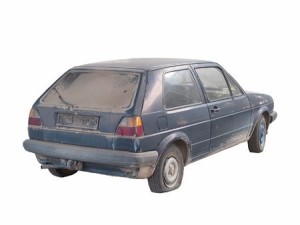 A new report by researchers at the Insurance Institute for Highway Safety found that teens are more likely to drive older, smaller cars than adults, which puts them at greater risk for accident and injury.

According to the survey, teenagers are at a greater risk of injury during an accident than an adult counterpart who may be better protected in a newer vehicle. The IIHS said many older vehicles don’t have certain safety features like side airbags and electronic stability control. In all, the study found:

Researchers say there are two main reasons for their findings. First, they suggest that teenagers who get a car soon after receiving their license are often given a family heirloom car that has been in the family for years and is often older than six years old. They also believe that teens who purchase a car are often working with a limited budget, meaning they’ll only be able to afford an older car with a lot of miles, or a newer small car that doesn’t offer the same crash protection as SUVs or larger cars.

In conjunction with their findings, the IIHS listed four recommendations for parents who want to help the new driver in their family find a safe and reliable vehicle.

Avoid Horsepower – Cars with extra horsepower can tempt teens into testing their speedometer.

Big and Heavy – Larger and heavier vehicles offer better protection during a crash.

Stability – Look for a vehicle equipped with electronic stability control, which helps a driver maintain control of the vehicle.

Safety Rating – Do some research on the vehicle’s safety rating before buying to ensure it meets your standards and expectations.