The Most Reliable and Longest Lasting Cars 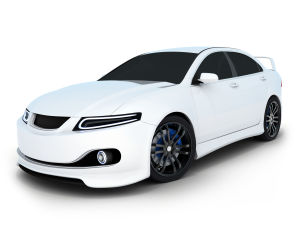 Bringing your car in for regular scheduled maintenance is one way to extend the life of your vehicle, but some cars are simply built to be longer lasting than others. To determine which cars were actually the most durable, a pair of researchers studied car ownership patterns and asked mechanics and other auto-professionals to evaluate cars for mechanical defects or major repair work.

After looking at data comprised of more than 550,000 vehicles, researchers found that these brands and types of cars made up more than 60 percent of the vehicles with over 300,000 miles still on the road today. The most reliable cars are:

Researchers say these five types of vehicles are 250 percent more likely to hit 300,000 miles on the odometer than any other vehicle.

Some other interesting findings from the study include:

Obviously the study has some flaws, as it’s certainly possible those who own a Land Rover, Jaguar or BMW simply hold onto the car until it breaks down for good, but it’s worth noting which brands appear to have exceptional lifespans. If you’re considering buying a used car, Toyota Camrys, Corollas and Honda Accords are great bets. Also, if you want to extend the life of your current vehicle, stop on in to Affordable Auto for your routine maintenance needs.