Self-Driving Car Sales To Balloon Over Next 20 Years 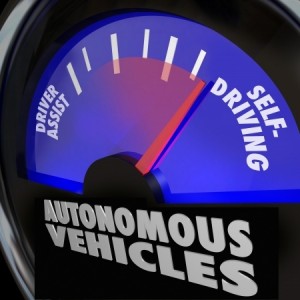 The first company that can perfect the science will be able to capitalize on the lion’s share of the market, so it’s no surprise that virtually all the major automakers are putting their best technicians on the case. One of the biggest reasons companies are pursuing self-driving cars is because they hope to eliminate driver error, which accounts for the majority of all traffic accidents. Egil Juliussen, principal analyst for autonomous driver assisted systems at IHS Automotive and co-author of the study, said self-driving cars have many benefits aside from just reducing accidents.

“As the market share of self-driving cars on the highway grows, overall accident rates will decline steadily,” said Juliussen. “Traffic congestion and air pollution per car should also decline because self-driving cars can be programmed to be more efficient in their driving patterns.”

The IHS believes roughly 30 percent of self-driving cars will be sold in the United States.

Companies will continue to perfect new and innovative technologies to keep drivers safe, but some of their devices are already in use in many cars on the roads today. Innovations like active lane-assist and automated braking help drivers avoid accidents, but bigger ideas are already in the works. Automotive companies are currently working on an autopilot-like feature, similar to that used in airplanes, which can take over the operating system on some major highways. By the 2020’s more sophisticated systems are expected to hit the market.