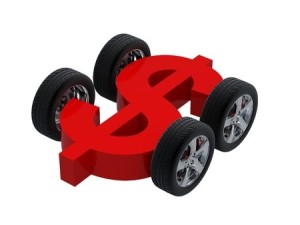 A new study of car ownership by researchers at Bankrate.com found that it’s cheaper to own a car in Minnesota than the national average, but just barely.

The study found that Minnesota ranked 21st in terms of annual cost of ownership, coming in just $38 south of Indiana, the 25th ranked state. To determine the total cost of annual ownership, researchers looked at three key factors:

Researchers found the average cost of each of those expenses to come up with a grand total. Minnesota ranked 18th for cheapest average auto repair, 16th for average insurance costs, and 36th for average gasoline expenditures. On average, Minnesotans spent $346 annually on repair costs, $782 on car insurance, and $1,033 on gasoline for a total of $2,162 a year.

The Best and Worst for Car Ownership

On the other side of the spectrum, it appears that it’s more costly to own a car in the southeast. After Wyoming, Louisiana slips in as the second most expensive state for car ownership, followed closely by Florida, Mississippi and New Jersey.

In all, the average Iowan spends $763 less each year in auto-related expenses than someone from Wyoming.

For more information on how each state scored in all three categories, head over to Bankrate.com to see the expanded findings.

Filed Under: Blog Tagged With: Annual Car Expense Car Ownership Costs How Much Does It Cost To Own A Car Minnesota Car Costs Yearly Car Expenses