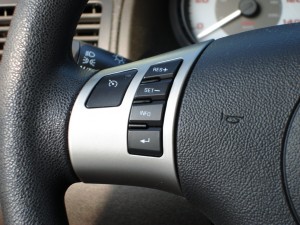 Most cars these days are equipped with cruise control, which allows a driver to set the speed of the vehicle without having to maintain constant contact with the gas pedal. In fact, you may be surprised to learn that cruise control technology was first introduced 100 years ago. Cruise control is a useful tool for drivers, especially on long road trips, but new data out of France reveals that the convenience comes at a price.

A study by the Vinci Autoroutes Foundation found that cruise control or speed-limiting vehicles led to an increased risk that the driver would become drowsy, and it also significantly increased a driver’s reaction time.

For their study, the foundation divided 90 drivers into three groups based on their age. The drivers were then put through a driving simulator over a three-day period. They were asked to drive 75 miles each day, and in the simulator they encountered construction, a bus accident, a tollbooth, and radar. Drivers were hooked up to equipment to monitor eye movement and brain activity to aid in data collection. They were also asked to rate their level of vigilance every 15 minutes.

After looking at the data, researchers found:

“They help people to obey the speed limit,” said Dufour. “But you have to know how to use them.”

He added that even though the vehicle can help complete some functions normally reserved for the driver, “the person is still in charge and still responsible.”