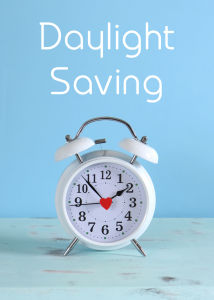 You probably enjoyed getting an extra hour of sleep this weekend, but it can take your body clock a while to get back in its natural rhythm, which can prove dangerous on the roads.

“This new research further confirms that drowsy driving is a serious traffic safety problem,” said Peter Kissinger, head of the AAA foundation. “Unfortunately, drivers often underestimate this risk and overestimate their ability to combat drowsiness behind the wheel.”

“Like distraction, there are limitations in relying on crash-involved drivers to realize, remember and willfully report their level of impairment,” said John B. Townsend II of AAA. “This study leveraged findings from trained crash investigators, as opposed to police reports, as a source of data.”

Interestingly, young drivers are actually the most aware that they sometimes “drive drowsy,” while older drivers over the age of 75 are the least likely to admit it.

“Despite the fact that 95 percent of Americans deem it ‘unacceptable’ to drive when they are so tired that they have a hard time keeping their eyes open, more than 28 percent admit to doing so in the last month,” Kissinger said.

Kissinger said AAA’s findings were based on an analysis of nearly 15,000 crashes between 2009-2013 in which at least one car was towed from the scene.

As we’ve mentioned before, drowsy driving is one of the leading causes of crashes in the United States. Simply put, make sure you get enough sleep each night, and stay extra attentive during the early morning hours this week. Oh, and if a tired driver gives you a love tap on your bumper, give Affordable Auto a call today.